Mr. Cook advises U.S. citizen and non-citizen clients on legal issues associated with their U.S. maritime business operations, and serves as special maritime counsel to general practice law firms in their client transactions. He brings more than 40 years of senior government and major law firm experience in reviewing, designing and implementing U.S. flag projects to his current engagements. He is recognized as the nation’s leading expert on the MARAD Capital Construction Fund (CCF) tax deferral program. 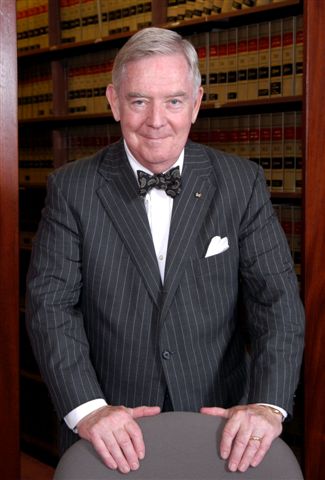 Clay began his professional career with Sullivan & Cromwell in New York City. He was then a tax practice partner with Pepper Hamilton & Scheetz in Philadelphia, and served as Sun Oil Company’s Tax Counsel, prior to his 1970 appointment as General Counsel of the U.S. Maritime Administration.

At MARAD, Clay was responsible for the Nixon Administration decisions that ended the Treasury Department efforts to prevent CCF Program implementation and compelled Internal Revenue Service cooperation. He was chair in the negotiations and working sessions that drafted the MARAD/IRS joint regulations, where he was personally responsible for the more technically complex provisions. Clay also oversaw the General Counsel Office’s drafting of the MARAD regulations and contract forms needed to implement the Merchant Marine Act of 1970, and of the drafting of the Federal Ship Financing Act of 1972.

Clay was the counsel for National Steel & Shipbuilding Company responsible for the MARAD change in CCF Program policy that opened the Program for shipyard use with the NASSCO 1996 award. NASSCO has since deferred federal taxation of the majority of its shipbuilding profits. During the years that have followed, the NASSCO CCF Program monies balances held by its depository have frequently been among the half-dozen largest held by any depository under the CCF Program.

As a partner at Cadwalader Wickersham & Taft, and counsel at Fulbright & Jaworski LLP and Seward & Kissel, Clay has advised banks and financial institutions, shipyards, and vessel owners and charterers in the construction, ownership and financing of more than $4 billion in U.S. built vessels. Clay has assisted clients in vessel ownership and operations in the Jones Act coastwise and Great Lakes trades, and the U.S. fisheries, in work that has included CCF program use in citizen and non-citizen vessel financings. He is retained by bank and leasing company owner-lessors, and by law firms, as special counsel for structuring and providing opinion advice on the MARAD CCF program and citizenship requirements for the ownership and operation of vessels in the U.S. domestic trades.

Clay is a frequent conference presenter, and has published articles in Marine Money International, Marine Log, and The Maritime Executive. His Marine Money articles on CCF Program use, and section 12119 non-citizen Jones Act leasing are considered the definitive statements of the rules governing these subjects.

Clay and a former colleague are the owners of U.S. Patent No. 8,010,431 B 1, that provides a computer-based methodology for CCF Program use in section 12119 leasing and other Jones Act transactions. Clay’s transaction engagements, articles and presentations are listed at Clay’s www.CookMaritimeFinance.com website. The full texts of most of the articles and presentations can found here on the website.

Clay holds a B.S. in Chemical Engineering from Princeton University, and a J.D. from the University of Virginia, where he was Executive Editor of the Virginia Law Review and a member of The Raven Society and The Order of the Coif. He currently serves as a Senior Fellow at the Administrative Conference of the United States, and is a Life Member of the American Law Institute, and a Proctor in Admiralty Member of the Maritime Law Association of the United States.

Clay and his wife Judith Tabler reside in McLean, Virginia. He is a member of The University Club in New York City and of The Cosmos Club and The Metropolitan Club in Washington, D.C.